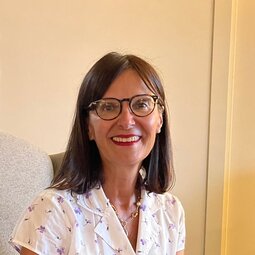 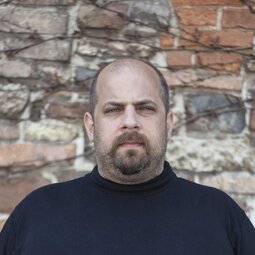 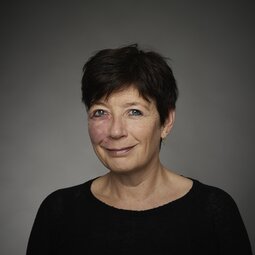 Melita Zajc started publishing as a film critic at Mladina and Ekran. Film has remained at the center of her interest to this day. She is a member of the film critics' association FIPRESCI and actively participates in the framework of the worldwide association of documentary film researchers Visible records. She is a regular contributor to the leading European documentary magazine Modern Times Review, and also collaborates with the Slovenian film magazines EKRAN and KINO!. She is an associate professor at AMEU ISH in Ljubljana and the owner of the research and consulting company Gecore d.o.o., which cooperates with companies in Europe and sub-Saharan Africa as well as with EU executive agencies such as EISMEA and REA and with the European Science Foundation ESF. She was a journalist and editor of print, broadcast and digital media, and also has experience in managing public broadcasting and film production. She holds a doctorate in social anthropology and the philosophy of new media. She researches visual art and alternative film poetics, the third film, decolonization, Nigerian video film, as well as innovative business models. All these diverse areas are connected to her basic research interest in more effective mobilization of science and technologies for the development of a sustainable and just society. Zajc publishes in the world's leading scientific publications, she wrote and edited several books, she was a selector of the Autumn Film School in Ljubljana, the Festival of Computer Arts in Maribor and the Festival of Subversive Film in Zagreb. She is the author of a documentary series about the beginnings of Television in Slovenia. Since 2019, she has been collaborating with the Conseil International du Cinéma et de la Télévision CICT ICFT UNESCO in efforts to develop the highest values of film culture and the potential of film to strengthen human rights and enable the expression of all. She lectured at the Institute for Postgraduate Studies in Humanities ISH in Ljubljana, at the Faculty of Electrical Engineering, Computer Science and Informatics (FERI) of the University of Maribor, at the University of Applied Arts (Angewandte) in Vienna and at the University of Language and Communication (IULM) in Milan, and at numerous scientific meetings in Slovenia and abroad. Between 2019 and 2021, as part of the Media and Documentary Film project, organized by MTR and the Ji.hlava Documentary Film Festival, she worked as a lecturer at a workshop on writing about documentary film and as a mentor to young documentary film critics.

Miha Černec was born in 1975 in Ljubljana. He studied Slavic languages and literature at the Faculty of Arts, University of Ljubljana. During his studies he wrote reviews and translated. He was one of the founders of the cultural journal Balcanis which covered current events and issues from the countries of former Yugoslavia and was published is several languages. He was member of the editorial board for five years. During this period he became increasingly involved in film production where he is still active today. Several years of work together helped his companies to create a homogenous production team, which now has an established name that can choose among the best Slovene directors. He is an EFA and EDN member and president of  Asociation of Slovenian producers. In 2014 he graduated at EAVE in 2014 and Ex- Oriente in 2015. In 2015 he was selected as Producer on the Move, in 2019 he graduated at EAVE+ and from 2020 he is also a part of the ACE producers network.